Condair has just completed the largest humidification project in the world to use resistive element humidifiers. The Canadian Museum of Civilization in Ottawa has had a total of 124 Condair NHDI resistive humidifiers installed.

The museum, which opened at its current location in 1989, is celebrating 150 years of success. Built on the bank of the Ottawa River below Canada’s House of Parliament the museum site covers an area of 9.6 hectares (24 acres) and spans 3.5 city blocks. The footprint of the museum is approximately 100,000 square meters (over 1,000,000 square feet). Under a dome ceiling of 17 meters (56 feet), the varied history of Canada unfolds. The buildings and environment that make up Canada’s history are reconstructed and furnished with artifacts and in some cases animated by actors.

Architect Douglas Cardinal from Red Deer Alberta designed the distinctive
building, working with Michel Languedoc from the Montreal architectural firm of Tetreault, Parent, Languedoc and Associates Inc. Mr. Cardinal, who has Métis ancestry, is a graduate of the University of Texas School of Architecture. Cardinal’s buildings include the Edmonton Space Sciences Centre in Canada and the Smithsonian Institution’s National Museum of the American Indian in Washington, which opened in September of 2004. Cardinal’s designs are easily recognizable for their curving forms with very few straight lines. His design statement is to “speak of the emergence of this continent, its forms sculptured by the winds, the rivers, the glaciers.”

Over 400 people work at the museum as curators, designers, conservators,
exhibit planners, model makers, carpenters, archivists, cataloguers or actors, to name a few.

The museum owns over 3.5 million artifacts and receives over 1.3 million visitors annually. This stunning building also houses the Canadian Postal Museum, the Canadian Children’s’ Museum, and an IMAX theatre. With so many venues and varying artifacts it was not possible to design a single central humidification system for the complex.

The best fit for the museum in 1989 and still today is individual units to meet the specific requirements of each area and each type of artifact being conserved.

When the building was originally opened in 1989 it was designed with electrode steam electric humidifiers. As with most projects of this size the complex was built in phases, with several manufacturers supplying varying versions of electrode steam humidifiers as each phase was completed. This did not make it easy going for maintenance staff. After 17 years of continuous use the Museum decided to upgrade the humidification system.

This time they were interested in resistive element humidifiers and specified that the project needed to be supplied by one manufacturer with the same product throughout the complex.

Condair worked closely with the local consulting engineer on the project. The Condair NHDI resistive element humidifier is the leading product in this area offering a packaged product for easy installation and maintenance, the tight humidity control required by museums, and the ability to communicate with standard building management systems.
Condair won the bid for this exciting project and began working with an Ottawa based contractor on the first installation phase of 56 units. Phase two included another 68 resistive humidifiers.

Condair is the leading manufacturer of commercial humidification equipment in North America. The company has extensive experience in protecting art and artifacts in museums and galleries, including the Smithsonian in Washington, the Museum of Modern Art in San Francisco, and the Guggenheim in New York. 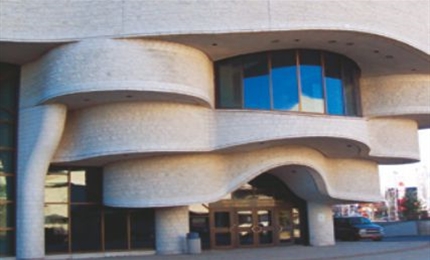 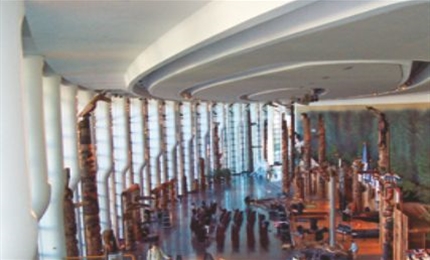 Do you have a museum or special artifacts that require humidification? 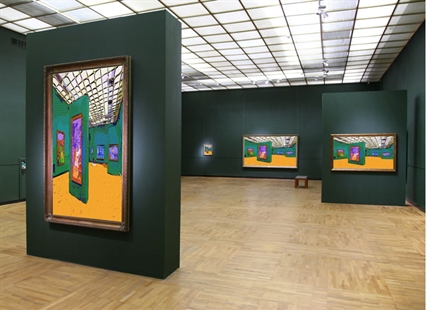 Why Humidify... For Art Galleries