If Paul Anderson hadn’t looked at the calendar, or seen the leaves turning red, he still would have known when fall arrived.

Each fall he began to receive regular visits from his plant engineers, conerned about productivity problems and rising numbers of defects due to EOS/ESD problems. (ElectroStatic Overstress/ElectroStatic Discharge)

Anderson is facilites operations manager for Itron Inc.’s 540-employee, 110,000 sq. ft. manufacturing plant in Waseca, Minnesota which produces RF devices and automated meter reading equipment. With more than 25 years of facilities management experience under his belt, Anderson has managed the facility’s operations since 1999. Born in a garage in tiny Hauser, Idaho in 1977, Itron Inc. has since grown to become a worldwide leader in providing a comprehensive portfolio of RF products and software for energy users and providers of electric, gas and water utilities. Now based in Liberty Lake, Washington, Itron has 2,100 employees and sales of $553 million, with nearly 3,000 employers in 63 countries.

Problems were sporadic and intermittent, but they were always too high in colder weather.

Problems began as temperatures dropped and the plant’s gas-fired, forced air heating system kicked in. The heating system took the moisture out of the air, and indoor relative humidity (RH) plummeted to as low as 20%, despite the use of an existing compressed air-driven humidification system.

The compressed air humidification system lacked the capacity and consistency to solve the problems; it was inefficient, expensive to run, and was very noisy.

“We knew we’d have to find a better way,” Anderson remembers. Anderson looked at other humidification technologies, including ultrasonic and electric steam systems, but was unhappy with his options. His power company, Xcel Energy, suggested he investigate high pressure humidification systems from Condair Systems. Xcel, heavily involved in industrial power conservation, had other customers who had solved dry air related production problems and significantly cut energy costs using Condair Systems. After careful investigation and discussions with them, Anderson decided an engineered ML system from Condair Systems was the best solution for his problems.

The original ML system included 7 ML Princess 2 humidification units configured in two zones; one for warehouse areas, the other for production areas. The system includes reverse osmosis (RO) water to reduce the minerals in the water by 97% and a UV filter to kill bacteria. Humidity sensors in each zone monitor RH levels and report to a remote PLC which controls the system.

If RH in a zone drops below Itron’s 40% set point, the PLC activates the Princess 2 units in that zone until RH returns to the desired level.

A fast, problem-free installation of the system was conducted by Itron electricians and a subcontractor. Condair Systems trained Anderson’s staff on operations, maintenance and trouble-shooting the system. The effect of the new ML system was dramatic. Anderson says, “We could feel the difference in the RH level almost immediately, and our EOS/ESD problems got better fast. The defect rate started down quickly, and I stopped getting those concerned visits from engineers.”

Anderson says Itron has had very few mechanical problems with the ML system, and “it has lived up to all of our expectations.”

The plant has been expanded, a move that added six more Princess 2 units, almost doubling the number of units, without having to increase pump capacity. “Now it’s virtually automatic; we rarely think about dry air and static electricity. There really aren’t issues anymore. 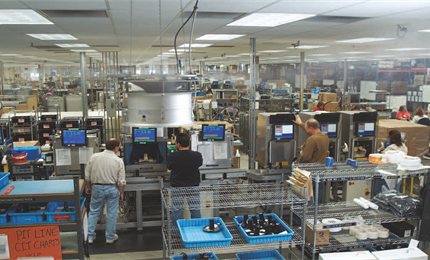 Looking for a humidity solution for your electronics manufacturing facility?

Fill out the form below and one of our humidification experts will be in touch. 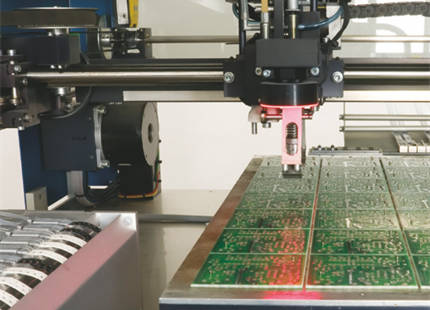 Why Humidify... For Electronics