An Adiabatic and Evaporative Cooling Solution

For two years running, readers of Contract magazine have named Sheboygan, Wisconsin Nemschof Inc. the most preferred healthcare furniture company. This is proof of the company’s hard work to differentiate itself in the healthcare furniture marketplace. “Our furniture isn’t typically the lowest-price option,” says Amy Nemschoff Hellman Vice President, Brand Experience. “Over 40% is custom and special order, working closely with architects and interior designers. They expect something special. Exceeding their expectations is important.”

The Company’s reputation comes with a price in manufacturing: there’s little tolerance for quality problems, and tight production schedules are standard. During Wisconsin winters, the three Nemschoff plants in Sheboygan, which total 350,000 square feet, are heated with forced-air gas unit heaters. “It’s the perfect way to dry out air and wood,” says plant engineer Rick Neerhof, who’s responsible for engineering and maintenance at the Sheboygan plants.

Until 2005 the plants faced major seasonal cost and production issues when too-dry air caused moisture loss in semi-finished wood. “We began with rough-cut hard maple and red oak, with 7% to 10% moisture content,” Neerhoff says. “We plane and size it on a Newman Whitney EPR 18 and cut it to length on a straight line or gang band saw. Then a custom-built Butfering planer/sander sizes and sands it before it’s ready for use as drawer fronts, doors and side panels for casegoods. Every step of planning, cutting and sanding exposes the wood to potential moisture loss.”

Neerhof says it’s crucial to keep relative humidity (RH) levels consistently above 35%
or the wood will lose moisture. “When we heated winter air, we dried it out, and that
dried out the wood, which in turn caused shrinking and warping. End grains opened.
Glue joints popped. We junked expensive materials and wasted time on rework.”
The costliest, most vexing problems occurred when solid maple and oak panels split
so severely they had to be junked.

Initial machining of the panels was done in the Nemschoff seating plant, where a
boiler steam humidification system minimized moisture loss. When panels were
transferred to the casegoods plant for assembly and finishing, they entered a
desert-like environment where RH often dropped as low as 12%. Moisture content dropped as low as 3% to 4%. As a result, 25% to 30% of the panels split so badly they had to be thrown away at a cost of $90 to $100 a piece. “It was a major cost
issue and a big production problem,” says Neerhof. “Moisture loss threw off production schedules, threatened promised delivery dates and risked creating unhappy customers.”

The problem wasn’t ignored. The 60,000 square foot casegoods plant was equipped with a compressed air humidification system. “It was noisy, it had high energy and maintenance costs and it didn’t have the ‘oomph’ to get our RH anywhere near
35%,” Neerhof says. Neerhof was also unhappy with the existing boiler steam humidification system in the seating plant. “We didn‘t have moisture loss problems, but energy and maintenance costs were out of sight. For instance, we had to replace 14
steam heads every year.”

Neerhof investigated steam, compressed air, centrifugal and high pressure humidification systems and concluded high pressure would be the most energy and maintenance efficient. However, different systems varied significantly in ease and cost of installing or reconfiguring the system, energy and maintenance costs and their ability to handle lower ceiling heights. “We have some areas with 12 to 14 foot ceilings. Most systems can’t handle ceilings that low. To work with lower ceilings your system needs to produce a fine mist, with a distribution fan that moves quickly and uniformly throughout the area before it condenses.”

Neerhof attended IWF 2004 in Atlanta, where he found Condair Systems and the ML System product line. Neerhof determined that an engineered humidification system from Condair Systems would provide consistent humidity control. Since Condair
Systems uses high pressure hydraulic hoses instead of stainless steel piping, it would be easier and cheaper to install and to reconfigure as his plant layout changed.
Neerhof found that only a fan driven ML System unit could handle his low ceiling heights without dripping on people, equipment and work pieces. His analysis of energy and maintenance costs indicated significant savings compared to steam or
compressor driven systems.

Nemschoff installed an engineered ML humidification system from Condair Systems in the casegoods plant where moisture loss had been most severe. Ten ML Princess units in two zones maintain RH levels at 35%. After installation of the ML system,
damage to solid wood panels dropped from 25% to 30% to just 1% or 2%. Another ML system with three zones and 14 ML Princess units were installed in a 120,000 square foot addition to the seating plant.

Both systems use remote humidity sensors in different zones, linked to a central programmable controller. If RH in a zone drops below 35%, sensors alert the PLC and the ML Princess units distribute a cool mist until the proper RH level is regained. “Condair Systems engineered and installed the systems,” says Neerhof. “We gave them information on square feet, ceiling heights, air flow and our humidity requirements; Condair Systems created a plan which specified the number of units and their placement. After installation they trained our people on maintenance and trouble-shooting.” Neerhof plans to replace the old steam system in the seating plant with an ML System. The company is also investigating replacing a compressed air system in its 45,000 square foot plant in Sioux City, LA with an ML System. “There aren’t many times when things work exactly the way they’re supposed to, but the ML Systems
have lived up to our expectations,” says Neerhof. “The reduced moisture loss has reduced waste, saved us a lot of money and increased our productivity.” 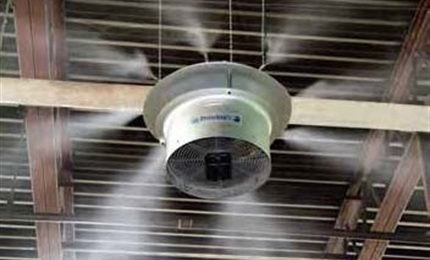 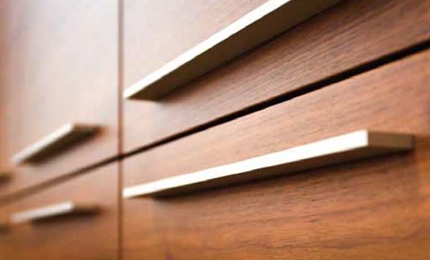 “There aren’t many times when things work exactly the way they’re supposed to, but the ML Systems
have lived up to our expectations,” says Neerhof. “The reduced moisture loss has reduced waste, saved us a lot of money and increased our productivity.” 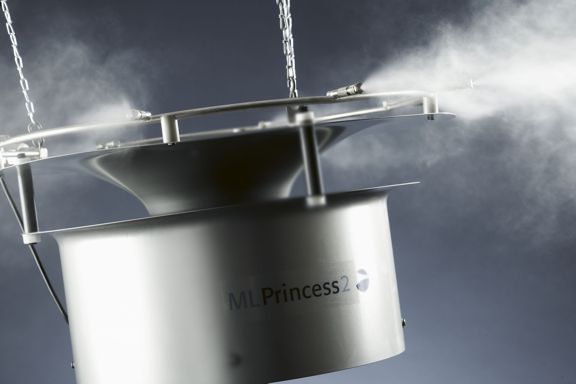 Find Out How We Can Help In Your Woodworking Facility